Getting it TOGETHER to bring in money 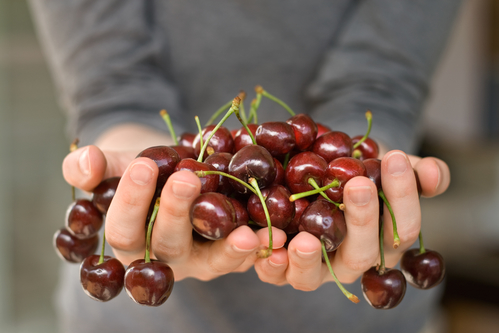 My friend Katrina, 52, had struggled with money most of her life. Financially, things had been easier when living with her former partner, a lawyer, but in the five years since the split Katrina found she couldn’t amass any savings at all – most of the time she was just trying to stay afloat. The Switch-phrase ‘FIND–DIVINE–COUNT’ had worked for her a few times – ‘I got £40 on the lotto, and then £150 in repaid tax, but I didn’t see how I could get more money long term.’ I asked her to spend a few days just chanting TOGETHER – the master Switchword (it’s known as the master Switch because it brings you TOGETHER in consciousness so you can manifest anything).

After Katrina focussed on TOGETHER, she told me that something strange had started to happen. ‘I used to visualise receiving a huge cheque on a stage whenever I chanted FIND–DIVINE–COUNT, but when I chanted TOGETHER, I just couldn’t see it,’ she explained. ‘Then I had a dream that my name was called out at a prize-giving, but I wouldn’t go up on stage because my hair wasn’t right. And I hated what I was wearing. And they gave it [the cheque] to someone else.’ By chanting TOGETHER, Katrina uncovered a personal money-block: ‘I didn’t believe I was good enough, at some level, to receive the money.’ Katrina’s experience highlights a common issue with money-manifesting: we need to feel worthy in order to receive. We can use a multitude of Switchwords day and night, but if you don’t believe you really deserve, and can have, what you wish for, your wish gets blocked.

Katrina kept on with her TOGETHER chant and noted whatever came in to her mind after she chanted. Each night, she kept a journal and wrote down her impressions – any thoughts, reactions and feelings around money that had arisen that day. Soon, she began to see that the impact of her relationship split, although five years past, was still impacting on her self-esteem. She chanted TOGETHER to help her work through her issues and, gradually, began to feel good enough about herself to attract more money into her life.

Why TOGETHER works for money-blocks

TOGETHER activates the subconscious and brings it into alignment with conscious wishes. If there’s a conflict between our hidden, subconscious beliefs and our conscious intention, we can get stuck – and can’t easily create what we want in life. TOGETHER allows whatever is hidden and needs attention to arise in the conscious mind, so we can become aware of it. And when we’re aware of exactly what that block is, we can do something about it. Releasing that there is a block can be the first step in dealing with it.

Mark was self-employed, and his client list was becoming smaller and smaller. To deal with this, he held on tightly to what money he had, cutting back on all but essential spending. But this didn’t change his situation – it was as if his fear of poverty was affecting his  business (could potential clients sense his desperation, he wondered?)

To begin, he chanted POVERTY–CANCEL, which helps remove any poverty-programming (which is present, often, when we’ve experienced poverty in our past, and fear it will return at any moment). To create energy for money to flow, I suggested that Mark chanted the Switchword GIVE. GIVE helps you sell yourself (or a product), and it also encourages generosity.

A few days after Mark began chanting GIVE, this happened.

‘There’s a charity collection box in the local shop and as I’ve been so skint recently, I don’t ever put any money in, because I can’t afford it’ he began, ‘but after chanting GIVE before i left the house that morning, something in me did want to give. I put 20p into the collection box.

‘After that, I sorted through some clothes and gave them to charity, and over the next week or so, I found myself giving just a little bit here and there to good causes – probably no more than £3 or £4 in total.

‘I realised that I had been holding on to every penny out of fear of poverty, and nothing was changing. But by giving a little away, here and there, I was giving out a more positive signal – that I believed that, in future, I would have enough money for myself and for others.’ By generating a feeling of abundance in the present through giving, Mark’s business began to improve. ‘I became more generous – and new clients contacted me,’ he smiles.

Why do POVERTY-CANCEL and GIVE work to increase money?

POVERTY–CANCEL works like a ‘delete’ function on a computer, helping to delete negative attitudes you no longer need. Poverty-consciousness runs affects so many of us: if you’re suffered in the past, and been poor and vulnerable, it’s natural to fear its return. Even those people who are now well-off, with a good income and stable home, fear it could all be taken away from them in the blink of an eye. This may resonate with you on other levels, too: did you get the grades to get into college or University and spend the first term waiting for that tap on the shoulder, to be told your name was on the wrong list – and you didn’t get a place after all? I know I did. Or the classic dream about re-sitting your French exam and failing miserably? Me too!

POVERTY–CANCEL may not ‘cure’ your old fears about yourself, but it helps you address them in a healthy, conscious way. These old fears don’t have a place in your life right now: clear them away with POVERTY–CANCEL.

As POVERTY–CANCEL deletes old negative programming, it also creates mental space for a new, positive focus. Mark reinforced his GIVE mantra by putting it into action:: he gave a little money away to show good intention, and re-booted his business. Money is energy, and the intention is the important part; although he couldn’t give much, he donated a few pennies with the intention to GIVE and help money flow to others. As he instigated this cycle of money-flow, money came back to him through the new clients he attracted. Now that Mark is in better financial shape, though, he hasn’t stopped giving; it’s become an important habit that supports his belief in continuing abundance.

Try some of our Switchwords Prescriptions for money.