How DE-PROGRAMME reduced sensitivity to noise 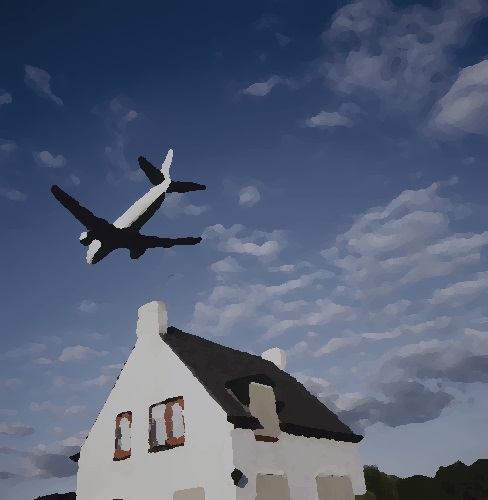 Kyle thought he had no choice put to put up with the aircraft noise that was stopping him getting to sleep at night. His landlords had refused to add double glazing to his windows to cut out the aircraft engine noise; when he’d moved in to the property it had been peaceful, set at the edge of a small village. But within a couple of months of moving in, he’d found himself living under a new – and very loud – flight path.

‘It got so bad I’d get tense at just the thought of the night-time noise,’ he explained. ‘But I knew about Switchwords and decided to find one for this – a word that would somehow reduce my response to this particular sound. I don’t want to move, because I’m in a great house and location for work.’

Kyle told me that the word DE-PROGRAMME popped into his mind. ‘The next time I heard the beginning of aircraft noise, I chanted it to myself, and something happened. It’s like the noise went behind a brick wall – I could still hear it, but it didn’t seem to bother me in the way it had before.’ Kyle visualised his brick wall when he chanted – and found a way to stay in the home he loved.

Why did DE-PROGRAMME work for Kyle?

DE-PROGRAMME was effective for Kyle’s problem because it’s a Personal Switchword – a word that works, personally, for him. He understood that the association between the airplane noise and irritation had become rooted in his brain – so that the engine sound would always be a signal for irritation and anger, no matter how frequently he heard the noise or how loud it actually was. DE-PROGRAMME gave Kyle the power to deprogram me his mind – to wipe clean his memory associations.