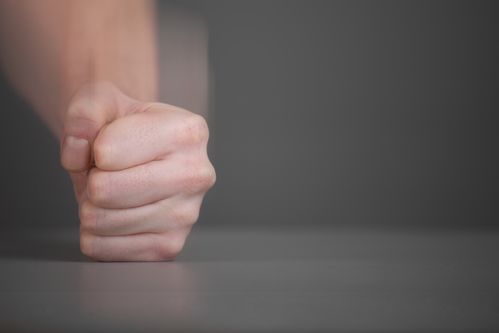 Without spelling out the profanities we’d most like to apply to a tough, unreasonable manager, there are two words that get you way beyond the usual expletives — and they’re not rude. In fact, they sound benign. But use them as ‘Switchwords’ — words that empower your subconscious mind — and you instantly get more control over the monster in the boardroom (and the angry monster within).

CANCEL cancels out your past history with that person, so you don’t walk in to a meeting or conversation with them carrying your resentment; CANCEL removes the emotional charge. By shelving your potential to be irritated — even for just a few moments — you give yourself the chance to really listen to what they’re saying, without the filter of judgement. And the boss in question won’t intuitively pick up on your resentment and beat you over the head with it.

ADJUST is the mental switch that helps you deal with problems effectively, and calmly handle whatever they throw at you: you respond to their request as if it’s impersonal, rather than a cunning plan to exhaust you into the early hours while making them coffee on the hour.

How and When to Say Them

So, before that meeting or conversation — and even before you reply to an incendiary email — chant CANCEL–ADJUST ten times. You’ll find it easier to get beyond the surface irritation and hear what they are really saying — which may be more reasonable that you’d anticipated.

Why Do Switchwords Work?

Identified by James T Mangan in the 1960s, Switchwords, as first defined by Freud, act as a mental bridge to the subconscious. As the subconscious self directs around 95 percent of our behaviour, by saying Switchwords we talk directly to this powerful part of us to create a change in our thought processes and beliefs. Any negative memories and emotions held in the subconscious, which is just beyond our conscious awareness, can keep us locked in old patterns of relating. CANCEL–ADJUST clears out our negative-memory databank, so we can be more open to information coming from any source — even from people we don’t like, or find difficult to connect with.