How to Manifest with Switchwords 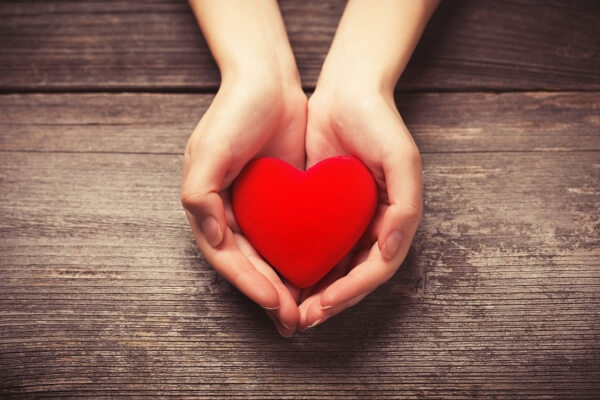 We get lots of requests for Switchwords to help solve specific problems or help with issues. Switchwords, when used in the right way, are a powerful tool to help us unlock the power of our subconscious minds. The key is using them in the the right way!

In this article we will explore putting Switchwords to work so you can manifest what you want in your life. This is a long article, so do persevere to the end. Good things take a little work!

First the bad news. Switchwords are not spells. What do we mean by that? Switchwords are not magical word potions (aka spells) that simply by saying them will cause someone to love you or make you win the lottery or get the promotion you’ve been longing for. Unfortunately it’s not as easy as that – if it were then it would be possible to have everything you wanted simply by speaking. And whilst it IS possible to manifest what you want, there’s more to it than simply chanting a few words that someone has told you will do the trick.

The words of power used in the old myths and stories, such as Alibaba, whilst appearing on the surface to be simple words, were effective because the people speaking them were adepts who deeply understood the nature of manifesting and the attitude you need to make them work. If you look at these stories more deeply, you will see they contain metaphors that illustrate the ‘way of being‘ needed to work this kind of magic which is invariably heart-centered. This way of being is the gold that the alchemists sought in order to turn the ‘lead’ of their everyday existence into something much more powerful.

So, a little more is required than simply reciting the words!

Believing that spells can ‘magic’ what you want is a kind of ‘magical thinking’ which is a stage of human development that children go through from about age 2 until around age 5. An example is a little 4-year-old girl called Suzy who tells her teacher every day that she really really wants a pony. She decides that if she collects a big pile of hay and leaves it in the playground it will encourage her desired pony to come out of hiding and eat. She gets really excited the next day when she sees that all the hay has gone. It must mean that the pony she wants so badly came during the night and ate the hay! She’s convinced that her plan worked and even though the teacher gently tells her that the caretaker swept it away, she refuses to believe it and is convinced she just needs to keep trying.

Children use magical thinking to explain the cause of events they don’t understand, and sincerely believe that they can change things and get what they want simply by wishing for it. They also believe that somehow if they ‘do’ the right things then they will get what they want. As any parent knows, this is a lovely time in their children’s development as they really do believe in Santa Claus and the Easter Bunny and Fairy Godmothers. It also explains the massive appeal of fairy stories and super-hero comics and even as adults we love to indulge our childlike wonder – in fact Hollywood relies on it! We never lose our capacity for magical thinking, but as we grow older we are able to temper it with more conceptual and rational modes of explaining the world.

So does this condemn us as adults to only living in the hyper-rational world of scientific cause and effect? Absolutely not! There is overwhelming evidence throughout history of ‘non-causal’ events. Sometimes known as miracles, or outrageous good fortune or simply ‘mysterious’, people in all cultures have caused and experienced positive change in ways that can’t be explained ‘rationally’. Whilst some believe that these events are controlled by God or other supernatural forces, there is also evidence that we, as humans, can consciously cause positive and unexpected outcomes with the power of our minds. Whether you engage with this mysterious power through prayer, meditation, chanting, affirmations, alchemy, kaballah or using techniques such as The Law of Attraction or Switchwords, it seems to demonstrate that the power of intention can have magical and inexplicable positive results. But the million dollar question is how to consciously harness this power to get what we want.

A child is not capable of rational or conceptual thought. For them the world is a very literal place and Santa Claus is actually real. Desiring something means you should get it, and this is something that we never grow out of.

Adults, on the other hand, have conceptual and rational thought available to them as well as access to more mysterious capacities such as imagination, intuition and spiritual awareness. Yet, magical thinking and the world of intuition and spirituality can get confused as they are both essentially non-rational (i.e. don’t rely on cause and effect). How can you explain an intuitive gut feeling that you just ‘know’ is right to some one who is demanding scientific evidence with cause and effect? You can’t. But it’s really important to be able to make the distinction between ‘intuition’ and simple ‘wishful thinking’. The former has great power in it, the latter is retreating back to being four years old.

Yet it is sometimes very difficult to tell the difference between magical thinking and intuitive or imaginative ‘manifesting’ as inevitably the two get mixed together. So prayers (or any other form of manifesting activity) can be a form of pleading and begging  or a tuning in to the Higher Self and a deeper wisdom available beyond the ‘everyday’. The latter can (and often does) reveal a new way of seeing the situation or manifests an unexpected but welcome event which can often seem little short of miraculous. The difference between these two ways of praying lies in the attitude and way of being. However, sometimes the begging/pleading frame of mind can also lead to tuning into higher wisdom – so it’s little wonder that we get confused and it seems like our prayers get answered in a rather arbitrary way as sometimes it seems this deeper wisdom doesn’t come up with the goods either!

The Psychology of Switchwords

Switch-words were originally discovered  by Freud who noted that certain words in the dreams of his patients had the power of acting like verbal bridges. These words had both a literal and also an subconscious covert meaning. The subconscious mind was ‘triggered’ by these words and important thoughts that were hidden from the conscious mind came to the surface. In this way switch-words enabled the subconscious mind to communicate and so reveal its secrets for Freud to analyse. Carl Jung went on to identify both the personal subconscious and the collective unconscious from which the personal subconscious gets its ‘structure’. It is this collective unconscious which is said to provide the connection to Spirit, the Universe and supposedly all knowledge.

This bringing TOGETHER of these two aspects of the mind, the ego-driven self-identity (conscious mind) and the huge mystery of the subconscious and unconscious is a source of healing and manifesting. Switchwords are also a form of hypnotic suggestion with the words ‘anchoring’ the intention in the subconscious mind. They also can work in a similar way to mantras, where the vibration of the word rather than the meaning is what gives it power.

What rapidly becomes clear though, is that the subconscious mind operates using ‘programmes’. Rather like a computer programme, the subconscious mind creates ways of responding  based on past experiences. Over time these ways of responding become ‘hardwired’ patterns which are automatically triggered when something similar to the original event is experienced. These patterns produce ‘ways of being’ that in turn create feelings which go on to become specific kinds of thoughts in your conscious mind – which you automatically believe to be ‘true’ about you.

There is an astonishing statistic that says about 90% of people fear public speaking more than death! Why? Often it’s to do with a childhood experience of getting something wrong in public that led to feelings of stupidity, embarrassment or shame which have an incredibly powerful impact when you’re a child. So, as a matter of survival, your conscious mind decides that you will never expose yourself to ridicule again and you most definitely will never speak in public if you can help it.

This decision sinks deep into the subconscious mind which  also remembers the feelings of panic and anguish and the physical reactions of blushing, or sweaty palms or pounding heart that went with the original humiliation. Now, every time the prospect of public speaking comes up, you find that you react with fear and panic and a pounding heart. So you absolutely avoid public speaking – even though as an adult you know you are perfectly capable of it . The subconscious mind is only doing its job – trying to protect you as you asked it to do with that original decision, but as an adult you may find this fear is holding you back from getting the job of your dreams because it involves doing public presentations. And it may seem like you can’t do anything about it because this pattern, or way of being (fearful), is beyond your conscious control. The feelings kick in and the thoughts start running before you have chance to get a hold of them. Often you don’t even know why you feel this way – you just don’t speak in public – and you rationalise it by saying it’s just the way you are.

And of course, we made hundreds if not thousands of decisions like this as we were growing up, so by the time we reach adulthood there’s a lot of subconscious ‘stuff’ running the show. And we don’t even know it’s there.

So, bringing all these strands together – this is what we are dealing with when we set out to manifest our dreams:

Here are some steps to guide you when using Switchwords

Finally, know that any work you do to improve your vibration and abundance is a gift to the world  – so blessings on you.